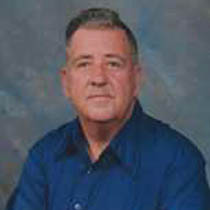 David Lee Mullins, 78, of Crickett Lane in Pearisburg, departed this life Saturday morning, February 24, 2018 in Carilion Giles Community Hospital in Pearisburg. Born in Narrows on August 18, 1939 he was a son of the late David Lacy and Margaret Hale Mullins.

He had been employed as an accomplished house painter.

David was preceded in death by his parents, his sister Patty and his brothers William and Eugene.

He leaves to cherish his memory his devoted wife of 57 years Lillie Conley Mullins; his son Vincent Keith Mullins of Pulaski; his brother Jimmy Mullins of Pearisburg; his sisters Wue Williams of Radford and Barbara Martin of Narrows; and his grandchildren Arrisa Mullins, Grayson Mullins and Michael Mullins.

Funeral services will be conducted Wednesday, February 28, 2018 at 2:00 pm in the Kendall Funeral Home Chapel, 605 Snidow St., Pembroke, with burial following in Angels Rest Memory Gardens at Narrows. The family will receive friends at the funeral home one hour before the services.