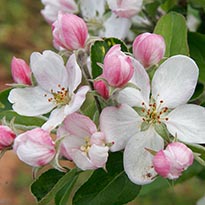 Carol Johann Moyer, 73, passed away September 28, 2020 at her home in Blacksburg, VA., after a three year battle with ovarian cancer.

Carol was born and raised in Harleysville, PA to Hartley and Edna Rhines. Carol and Stanley were high school sweethearts and they married in 1964. Stanley worked for TWA so they traveled the world with memorable trips to Pakistan, Kenya, England, Germany, Holland, and Hawaii. They lived for three years with their children in Jeddah, Saudi Arabia where Carol served as a substitute teacher at the American school and volunteered as a Girl Scout leader.

Carol earned a BS in Biology and AS in Nursing from Missouri Western State College in St Joseph, MO and a MS in Public Health from Kansas University Medical Center in Kansas City, KS. She worked as a RN in St Joseph, MO then as a County Health nurse in Platte City, MO. She later worked as a researcher for Dr. Wayne Moore researching a cure for juvenile diabetes. After earning her masters degree in Public Health she served as an epidemiologist in vital statistics for the state of Kansas in Topeka, KS.

Carol was an avid environmentalist and loved to visit state and national parks. She nursed injured or orphaned animals as a volunteer for a wildlife rehabilitation organization. She was an organic gardener and she planted butterfly gardens and raised native plants. She maintained multiple bird feeders where she could watch many species of birds from her spot on the couch.

Carol was a member of Peace Mennonite Church in Lawrence, KS where she was a Sunday school teacher for many years. After moving to Blacksburg, VA, she was an active participant at Christiansburg Mennonite Fellowship.

She will be buried at Forest Rest Natural Cemetery in Boones Mill, VA. This is a natural burial, in the forest, with no embalming, no concrete vault, and no casket. Being the environmentalist that she was, this will be a fitting place for her to rest in peace.