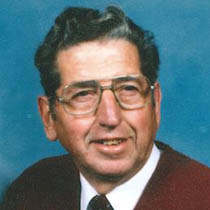 He was a United States Navy veteran having served during World War II. He owned and operated M & K Radio and TV in Radford. His work involved sale and service of radios and televisions. He was also involved in the sales and services of archery equipment.

He was preceded in death by his parents John Henry and Ollie B. Moses. Survivors include his daughter, Kathaleen Shelor of Radford; son and daughter-in-law, Willie Moses (Sonny) Jr. and his wife, Michelle of Fresno, Calif.; grandchildren, Willie Moses III, Mark Moses, Joshua and Jacob Roseberry; six great-grandchildren, Will, Sarah, Claire, Hadley, Sterling and Cecilia.

Funeral services will be held at 11 a.m. on Tuesday, February 21, 2017 at the Mullins Funeral Home in Radford. Entombment will follow in Highland Memory Gardens Mausoleum in Dublin were members of VFW Post #776 will conduct military graveside rites. The family will receive friends from 5 to 7 p.m. on Monday at the funeral home.

In lieu of flowers, the family requests that contributions be made to Hillsville VFW. The Moses family is in the care of Mullins Funeral Home & Crematory in Radford.