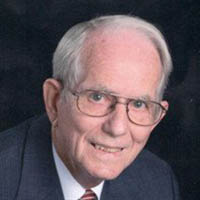 Nelson Stanley Moses 87 of Christiansburg went to be with the lord Friday, February 5th, 2021. He was born to Stanley and Stella Moses on July 20, 1933. Nelson graduated from Christiansburg High School.

He married Emma Lee Lawrence in December of 1952. Shortly after Nelson was drafted by the U.S Army. From 1953 – 1955 he was stationed at Okinawa. During his time there Cpl. Nelson S. Moses was chief of party as a surveyor and engaged in various engineering field problems. Cpl. Moses was discharged in April of 1955.

Nelson was employed by Electro-tech as a supervisor, where he excelled in leadership, engineering, and work ethics. In 35 years he missed 3 days of work. He traveled to multiple plants around the world as a consultant, and wrote many thesis. He held many positions at Electro-tech and worked as a private consultant for a year after he retired. He was known for his hard work and dedication.

Nelson attended church regularly. He served as a Deacon and a Sunday school teacher. He was
passionate about many outdoor activities especially golf and metal detecting. Nelson also enjoyed
Genealogy and scrap booking his family history. He was loved and respected by many and always willing to lend a helping hand. Nelson was kind, patient, honest, and a devoted family husband, father, and grandfather. He will be dearly missed by all who knew him.

In lieu of flowers the family requests donations to be made to Saint Judes Children Hospital.