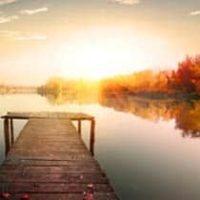 Virginia Elizabeth (Tolley) Moschler, 90, formerly of Christiansburg, Va., died on Wednesday, September 3, 2009, in the Virginia Convalescent Care Center. She was born on February 26, 1919, in Rockbridge Baths, Va., the daughter of Roscoe and Susie (Fix) Tolley.

Virginia attended pubic school in Rockbridge Baths, graduating from Brownsburg High School. During World War II, she was employed as a fingerprint filing clerk by the FBI in Washington, D.C. Virginia was united in marriage to Melvin Bennett Moschler on June 12, 1949, in Rockbridge Baths. Their union was blessed with two children. Virginia and Melvin moved to Christiansburg, Va., in the summer of 1955 and raised their family there.

Virginia was a devoted mother caring for their home and raising their children. They were members of St. Paul’s United Methodist Church in Christiansburg, Va. In their retirement years they enjoyed traveling and staying for long periods of time at their cabin on the Maury River in Rockbridge Baths.

Melvin passed away in 1997. Virginia spent time between Florida and Minnesota visiting the homes of her children. Virginia has spent the last seven years living in the Virginia, Minn., area.

A Memorial Service will be held 3 p.m. on Saturday, September 5, 2009, in the Virginia Convalescent Center Commons Area on the 4th floor. Pastor Nathan Williams will officiate. Graveside Services will take place at a later date in the Bethesda Presbyterian Church Cemetery in Rockbridge Baths, Va.

Memorials are preferred and may be directed to the Bethesda Presbyterian Church Cemetery Fund, P.O. Box 47, Rockbridge Baths, Va. 24473.

Family Services provided by Bauman-Cron, A Bauman Family Funeral Home in Virginia. To share a personal remembrance of Virginia online, please visit our website at www.baumanfuneralhome.com