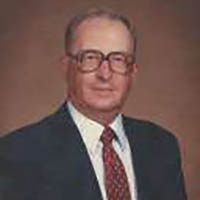 Rodney “Runt” Strother Morris, 89, of Pearisburg, a lifelong farmer and lover of the land in Giles County, departed this life Wednesday morning, January 18, 2017.

Born in Troutville, VA on November 30, 1927, he was a son of the late Jesse Levi and Lucy Strother Morris. He was raised in the nurture of Christ Episcopal Church in Pearisburg and in later life in The Church of The Lord Jesus. He was a Veteran of the US Army, a noted cattle broker, was on the board of Farm Loan in Wytheville, and a partner in the Narrows Livestock Market, and belonged to the National Cattlemans Association. He was preceded in death by his parents, his brother Howard Morris, his sister Nancy Peters,and his first wife Allene Knight Morris.

Graveside services with Pastor Eddie Kendall officiating and military honors by local American Legion and VFW posts will be conducted Saturday, January 21, 2017 at 1:00 pm. In Birchlawn Burial Park in Pearisburg. In lieu of flowers the family suggests that memorial contributions be made to Christ Episcopal Church in Pearisburg or Bethel Chapel in Pearisburg. The Kendall Funeral Home, 605 Snidow St., Pembroke is in charge of the arrangements. Online condolences may be sent by visiting kendallfuneralhome.com.