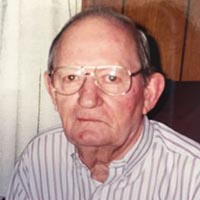 Joe Rudolph Morris of Ingles Street, Pulaski, Va., died at home on Tuesday, June 16, 2015. Born February 2, 1930, he was 85 years old. Preceding him in death were his parents, Edd and Nellie Bridges Morris; and a daughter, Bonnie Morris Simmons.

He retired from Burlington Industries – Klopman Division after 36 years of employment. He was drafted into the Army on February 29, 1952. He was a Corporal in the 2nd Inf. 5630 Order, B Company, 38th Regiment, 2nd Division in Korea. He was wounded in service and received a Purple Heart and the Good Conduct medal. He was discharged in October 1953.

Funeral Services will be held at 2 p.m. on Saturday, June 20, 2015, from the Thornspring United Methodist Church, Pulaski County, with the Rev. Teresa Tolbert officiating. Burial will follow in the church cemetery. A visitation will be held on Saturday at the church, where the family will receive friends from noon until the service hour. Arrangements by Stevens Funeral Home, Pulaski, Va., 540-980-2600.