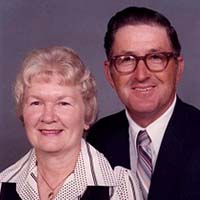 Jesse Lee Morris, 88 of Pearisburg, VA passed away Sunday May 13, 2018 after a brief illness. Mr. Morris was born on October 16, 1929 in Giles County and was a son of the late Jess Levi Morris and Lucy Strother Morris.

Besides his parents, he was preceded in death by his wife of 67 years, Ann Kellison Morris and two brothers, Rodney S. and Howard C. Morris and one sister, Nancy M. Peters.

Mr. Morris was a life-long resident of Giles County where he lived and worked on Hilltop Farm. He was also at one time, co-owner of the Narrows Livestock Market.

Funeral services will be conducted Wednesday, May 16, 2018 at 1:00pm at the Givens Funeral Chapel in Pearisburg with the Rev. Dr. Fred L. Austin officiating with burial following in the Birchlawn Burial Park in Pearisburg.

The family will receive friends at Givens Funeral Home Wednesday from 12:00pm to 1:00pm prior the funeral. Memorial donations may be made to the Giles County Historical Society. Online condolences can be sent to the family at givensfuneralhome.com.