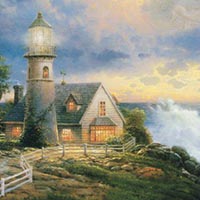 George Gilford Morehead II, age 74 of Arlington, Texas and formerly of Pulaski died Thursday, June 2, 2016 in Arlington, Tx. He was born on September 23, 1941 and is preceded in death by his mother Virginia Gay Carson Morehead. Gil was a retired employee of General Electric.

He is survived by his two children, Michael Alan Morehead and wife Susan of Winston Salem, NC and Kelly Shea Stewart and husband Patrick of Matthews, NC. He is also survived by four grandchildren and two great grandchildren.

In addition to his loyal friends in Texas, we would also like to thank the team of doctors and nurses at Arlington Memorial Hospital who took exceptional care of our father.

A graveside service will be held Friday, June 10th at 1:00 p.m. with the Reverend Brad Lewis officiating. There will be no visiting at the funeral home.

In lieu of flowers, the family is asking that a loving donation be made to the American Diabetes Association. Online condolences may be sent to the family by visiting www.seaglefuneralhome.com. Arrangements by Seagle Funeral Home, Pulaski. (540)980-1700.