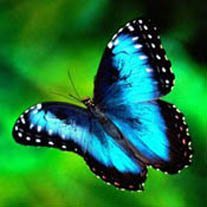 Kathleen Elaine Slusher Moore, 77, passed away on January 21, 2021. She was predeceased by her parents, Leonard and Sylvia Mabry Slusher of Blacksburg, and her husband, Ralph H. Moore.

A Blacksburg native, Kathleen was a gifted vocalist, studying music at Longwood College and earned her degree from Radford College. She was a former member of the Blacksburg Christian Church.

Kathleen retired as a civilian employee of the Department of Army where she served as a senior budget analyst in the Pentagon for many years.

She will be interred with her husband at Westview Cemetery in Blacksburg following a brief grave-side service at a time to be announced.

In lieu of flowers, contributions in her name to the Humane Society of Montgomery County (http://www.hsmcshelter.com/donations.html), PO Box 287, Blacksburg, Va. 24063, would be appreciated. Arrangements by McCoy Funeral Home, Blacksburg.