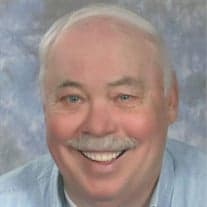 Roy Franklin Moon of Blacksburg passed away on November 17, 2021 at the Veterans Administration Medical Center in Salem, VA, after a long illness.

Roy served two tours in Vietnam with the 173rd Airborne Brigade where he was awarded two Bronze Stars, two Purple Hearts, the Combat Infantryman’s Badge, as well s numerous other awards for service in Vietnam. He was Airborne and Ranger qualified.

He was an accomplished mechanic and race car driver for many years while in Texas. He also drove in two championship years in California.

He was preceded in death by his parents, Roy and Callie Moon; and a half-brother, Nelson Baker. Roy is survived by his wife, Shirley Moon of Parrott; step-daughter, Beth Taylor; and sister, Marie Moon Painter (Joseph). He is also survived by two special caretakers, Kim Gonzalez and Rachel Mantel; as well as his loyal service dog, Sissy.

Funeral Services will be held on Wednesday, November 25, 2021, at 11 a.m. at the Fairlawn Church of God with Pastor Marcus Harrison officiating. Visitation will be from 10 a.m. to 11 a.m. prior to the service at the church. Burial with full military honors will be at a later date in the Southwest Virginia Veterans Cemetery, Dublin.