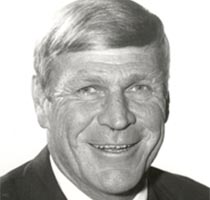 John Stewart Moody, 83, passed away at his home on Monday, August 8, 2016. He passed suddenly of complications associated with a six-month illness. He was born Saturday, June 10, 1933 in Danville, VA to George Henry and Blannie Clark Moody.

His father went on to become the Superintendent of Henrico County (VA) Schools and his mother was noted for her skills and love of floral arranging.

After graduating from Hermitage High School in Richmond, he accepted a football scholarship to Virginia Tech, a decision that would define the course of his life. A member of the Class of 1956, he had a rewarding football career, interrupted by two-years service in the U.S. Army, graduating in 1958. It was during this time that he would meet his wife of 59 years, Katheryn (Kay) King Moody, of Blacksburg, VA.

John is perhaps best known for his 40+ year career as an athletic fundraiser at Virginia Tech, a job at which he excelled and that he cherished. His successes were many, evidenced by the Flag Pavilion at Lane Stadium bearing his name, his 2011 induction into the Virginia Tech Sports Hall of Fame, and his 2008 receipt of the Lifetime Achievement Award from the national association of athletic fundraisers (NAADD). Through this role he was known and loved by thousands, raising many friends as well as funds for athletic scholarships and facilities. His humble beginnings in this lifetime role included a letter writing campaign seeking $10 donations, the co-development of the grassroots Hokie Rep program, and the “Hackin” Hokies, an annual gathering of faithful supporters of the university’s golf programs.

Visitation will be held from 5:00-7:00 PM on Thursday, August 11 at McCoy Funeral Home in Blacksburg, VA. The funeral will be held at 11:00 AM on Friday, August 12 at Blacksburg United Methodist Church, where he was a faithful member. A reception and burial will follow.

The family wishes to thank the many who have reached out with kind, comforting words and thoughtful gifts of support. In lieu of flowers, donations may be made to the John S. Moody Athletic Scholarship Fund at the Virginia Tech Athletic Fund, PO Box 10307, Blacksburg, VA 24062. Arrangements by McCoy Funeral Home, Blacksburg.