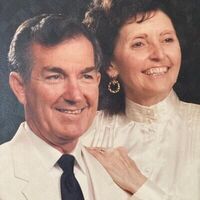 Shelley Evans Montgomery, age 90 of Salem passed away Monday, August 15, 2022 in the Salem Health and Rehab. Born May 29, 1932, he was the son of the late Donnie Edgar Montgomery and Josie Quesenberry Montgomery. He was also preceded in death by a brother, Les Montgomery, and sisters, Catherine Harris, Evelyn Walters, and Reba Farmer.

He was a veteran of the United States Army. He graduated from NRVT with honors, was a long-time employee of Hayes, Seay, Mattern & Mattern and Roanoke County before retiring as an associate engineer from Radford College.