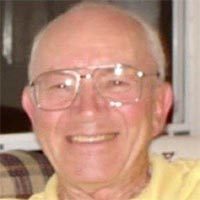 Robert William Montgomery, age 87, of Shawsville died, Monday, November 25, 2019, at his home. He was born in Montgomery Co., Va. on May 23, 1932 to the late Barney Graham and Lucinda Long Montgomery. He was preceded in death by three brothers, Roy Montgomery, Archie Montgomery, Curtis Montgomery, and a grandson, Aaron Graham Odum.

He was a veteran of the Korean War having served in the United States Navy. Robert pitched in the Minor Leagues during his early years, and later became an avid golfer. He retired from Virginia Tech with over 20 years of service.

Funeral services will be conducted Saturday, November 30, 2019 at 11:00 am in the McCoy Funeral Home Chapel with the Pastor Shake Smith officiating. Interment will follow in the White Rock Cemetery. The family will receive friends from 5-7:00 pm Friday evening at the McCoy Funeral Home, 150 Country Club Dr. SW, Blacksburg.