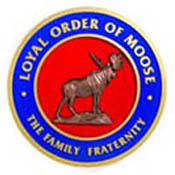 He was born on December 22, 1944 and was the son of Mary Mildred Mundy Montgomery and the late Samuel Fleming Montgomery. In addition to his father, he was preceded in death by his sons’ mother, Gaynelle Blankenship Montgomery.

A 1963 graduate of Narrows High School, Eddie was a retired employee of Reynolds Metals in Richmond with over 30 years service. He was also a longtime member of the Moose Lodge in Richmond.

Funeral services will be held Saturday, November 4, 2006 at 11 a.m. in the Chapel of Riffe’s Funeral Service in Narrows with Dr. Darrell Hundley officiating assisted by the Rev. Tim Cline. Burial will follow in Birchlawn Burial Park in Pearisburg.

The family will receive friends at Riffe’s Funeral Service Friday from 6 to 8 p.m. The family requests that those sending memorial contributions, please consider a contribution to the Narrows Recreation Department to be designated solely for the purchase of the Pennington-Clark Sports Complex.