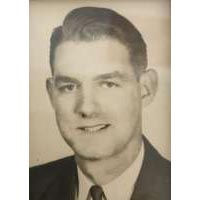 “Bill” was a veteran of the U S Army Air Corps (flew in the Berlin Airlift), had a 47 year career with Capital, United, Allegheny and USAir airlines as an airline mechanic, was a member of Narrows Presbyterian Church and attended Mt Lebanon United Methodist Church in Hoges Chapel.

He was preceded in death by his beloved wife Della Rose Echols Montague, his sister Elizabeth M Justice and his parents.

The family will receive guests at the Kendall Funeral Home, 605 Snidow St., Pembroke Friday evening, June 29, 2018 from 6 until 8 pm at the funeral home. Funeral services will be conducted Saturday, June 30, 2018, at 2:00 pm, at Mt. Lebanon United Methodist Church in Hoges Chapel with The Rev. Rick Geoghegan officiating. Burial will follow at Birchlawn Burial Park in Pearisburg.

Family and friends are invited to a reception immediately following at Friends and Family Restaurant in Pearisburg. In lieu of flowers the family suggests that memorial contributions be made in William’s name to the Narrows High School Athletic Fund P.O. Box 114, Narrows,Va 24124. Online condolences may be sent by visiting kendallfuneralhome.com.