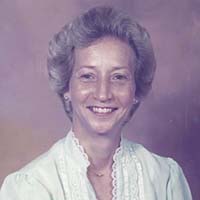 Frances Louise Orey Monk, 79 of Narrows, VA, went to be with the Lord on Monday, April 13, 2020 at her home. Frances was born on May 1, 1940 in Bland County, VA and was a daughter of the late John Shuler Orey and Flossie Mae Patton Orey.

Besides her parents, she was preceded in death by her first husband, Carl Douglas McDaniel, her second husband, Charlie Lewis Monk, four brothers and four sisters.

Frances was a longtime resident of Narrows, attended East Chapel Community Church on Wolf Creek and was a retired employee of the Celanese Corp. in Narrows. After retiring, she started baking cakes for people in the community, where she became known as the Cake Lady. She also loved making quilts and gave them to family and friends.

Graveside funeral services will be conducted, Thursday, April 16, 2020 at the Fairview Cemetery in Narrows at 1pm with Pastor Tony Robertson officiating.