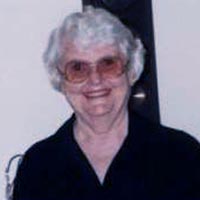 She was a graduate of Narrows High School. She was married to the late Okie Moles on July 9, 1952.

She was the aunt of Gabriel and Geneva Burton of Port St. John FL, Gary and Emily Burton of Huntingtown, MD, Delana and Paul Blake of Adelphi MD and several other nieces and nephews. She was a member of the Pearisburg VA Seventh Day Adventist Church.

Graveside services will be conducted Thursday, September 27, 2018 at 1:00 pm in Birchlawn Abbey, Pearisburg with Pastor Eddie Kendall officiating. The family will receives friends at the graveside from 12:30 until 1:00 service time. Online condolences may be sent by visiting kendallfuneralhome.com.