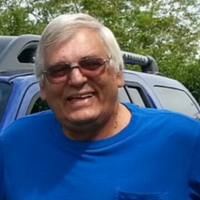 Spero Moche Jr., 74, passed away peacefully at his home in Floyd, VA, on Friday, December 4, 2020. He was preceded in death by his parents, Vije and Spero Moche; his brothers, Michael Moche and Theodore Moche; and his nephews, Justin Spiers and Marcus Moche.

He is survived by Joanne Spiers Moche, his wife of 39 years; by his nephew, Theodore Stanley Moch; and by his sisters-in-law, his brothers-in-law, nieces, and nephews in Florida and Hawaii.

Moche was a retired merchant mariner. As a member of the Seafarers International Union and American Maritime Officers, he sailed across eleven bodies of water and docked at ports on five continents. He received a United States Merchant Marine Expeditionary Award and medals for mariner support services to the American military in Vietnam and to the American and International Coalition Military Forces in Operations Desert Shield and Desert Storm in the waters of Southwest Asia.

Most of all, he was a loving, devoted husband who filled his wife’s life with joy. He was well loved by so many people whose lives he touched. He will be greatly missed yet remembered with smiles.

The family will plan a private memorial celebration in the Spring.

In lieu of flowers, please make a donation to Moche’s most devoted cause: your local food bank.

The Moche family is in the care of Mullins Funeral Home & Crematory in Radford, Virginia. www.mullinsfuneralhom.com