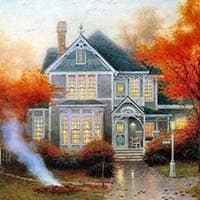 Sylva Marshall Minnick, of Radford, went home to be with the Lord on August 7, 2020 at the age of 96. Sylva was the second of six children born to schoolteacher Maretha Quesenberry and farmer turned nursery entrepreneur, Everett Clinton Marshall in Indian Valley (Floyd, Va.).

Sylva helped care for her siblings and the home farm throughout her schooling in Willis. After high school graduation in 1942, she left to use the sewing skills she learned from her mother to support the war effort, first at Burlington Mills and then at the Dublin bag-loading plant.

Sylva married veteran Charles Junior Bishop in December 1945 and they set off on a grand adventure for Charles to attend the Coyne Electric School in Chicago, Ill. the next Spring. That Fall, they returned to Virginia; Charles worked as an electrician, and Sylva resumed sewing until their first son, Philip, was born a few years later.

Sylva persevered through single working motherhood following Charles’ death just three years later, supported by her sister Claudia. After a few years of mourning, she met and married army veteran David Matthew Minnick in 1955. They built and moved in her “dream home” in Radford on her 32nd birthday and welcomed her second son, Kurt, a few years later.

Sylva enjoyed raising her sons and her sewing work, particularly at the Christiansburg Overall Factory, until she joined the new Inland Motor Company in Radford at the invitation of a close friend in 1962. Sylva continued her service at Inland for 25 years, through many trying and joyous personal events.

Highlights she often referred to included: the loving support of her children, siblings, neighbors and friends through life’s trials, watching her sons succeed in their unique pursuits, welcoming her daughter-in-law, granddaughters and grandsons-in-law into the family, and the birth of her great grandsons.

On her vacations and in retirement, Sylva took great joy in traveling – whether visiting Philip on his adventures in the West, taking bus tours all over the U. S., or exploring Hawaii, the Canadian Provinces, and Mexico with friends. She counted her church family among her dearest blessings and remained an active member of Bethel United Methodist Church until her health limited her attendance. She also enjoyed flower gardening, working puzzles, reading, and spending time with her family.

Sylva was preceded in death by her parents; brother, Quinton Marshall; and sister, Claudia Roop.

A private graveside service will be held for immediate family.

In lieu of flowers, Sylva’s family recommends that those wishing to make a memorial contribution consider the Radford or Christiansburg Rescue Squads. They extend heartfelt gratitude to the volunteers from both of these squads, as well as the doctors, nurses, and staff at Carilion New River Valley Medical Center and Pulaski Health and Rehab, for patiently assisting with Sylva’s care over the last several months.

The family is in the care of Mullins Funeral Home & Crematory in Radford. www.mullinsfuneralhome.com.