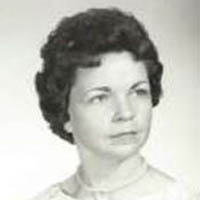 Sylvia Irene Medley Miller, 84, of Pearisburg, departed this life Tuesday morning, May 26, 2015 in the care of Heritage Hall in Rich Creek after an illness of several months. Born in Bellepointe, WV on February 28, 1931, she was a daughter of the late Eva Pearl Forren Allen and William Perry Allen.

She was retired from the PA Lab at the Celanese Plant at Narrows and had operated with her husband of over twenty years, Levi Medley, Eddie’s Grill in Pembroke, The Edgewater at Narrows, and for a time worked at IBM in Northern Virginia. She put her business education to good use all of her life.

She is survived by her sons Sidney Fuller and his wife Brenda of Pearisburg, and Thomas Fuller of Roanoke; her five grandchildren; her six great-grandchildren; several cousins and beloved friends and co-workers.

Graveside services will be conducted Friday, May 29, 2015, at 2:00 pm in Birchlawn Burial Park in Pearisburg. At Sylvia’s request there will be no public viewing. The Kendall Funeral Home in Pembroke is in charge of the arrangements. Online condolences may be sent by visiting kendallfuneralhome.com.