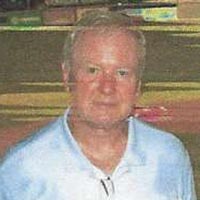 Steven Couch Miller peacefully died at home on September 6, 2018 after a long struggle with T-cell lymphoma. He was born in Christiansburg, VA on January 1, 1949. He graduated from Giles High School where he excelled in both academics and football. He took these twin talents to the College of William and Mary where he played football for four years graduating in 1971 with a BA in Health and Physical Education.

Returning to his home community in Pembroke, he taught Physical Education and coached football at Narrows High School.Later, he entered graduate school at Clemson University where he earned a MA in industrial psychology. He spent many years working as a Human Factors Engineer in the computer software industry.

Steven was a craftsman of rare and special talents; a gifted finish carpenter and cabinet maker. He and his brother, Michael, went into a heating and cooling business together, where he became an expert electrician and plumber, of which he fondly reminisced. He was a gifted chef who grew many of his own ingredients in an exuberant kitchen garden. But mainly, Steven excelled as an affectionate husband, father, grandfather and uncle. He will be remembered deeply by loved ones, a grateful family and wide circle of appreciative friends as a man of true grit and value.

A memorial service will be held at Kendall Funeral Home in Pembroke, VA (Steven’s hometown) at 5:00PM on September 29th. Family will greet friends prior to the service beginning at 4:30 PM. A reception will be held immediately after the service and all are invited. Family requests that any gifts donated in his memory go to the HEYFARL fund at William and Mary (https://giving.wm.edu/give-now/#allocation=2173&appealcode=1940D). HEYFARL program provides scholarships to walk-on football players.