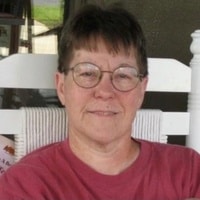 Sheryl Ann Miller passed away unexpectedly at home in Dublin VA on November 8. She was 71. Sheryl was born in Atlanta GA November 4, 1950 and moved with her family to Dothan AL in 1954. She was a 1968 graduate of Dothan High School. She attended Huntington College graduating with a BA in 1972. Following college she moved back to Dothan and lived at home for a couple of years before moving to Atlanta, living in an apartment with several friends.

Sheryl was a restless and free spirit and always followed her heart. She was an avid reader and could always be found engrossed in a book—usually history. A constant was her deep faith in God and the comfort she found in Him. For various periods of her life she resided in Mobile and Tuscaloosa AL and in Jonesborough TN before moving to Dublin VA in 2010.

While living in Dublin she became a full-time caregiver to her first godchild, Thomas, who was born in 2008. In 2011 she welcomed her second godchild, Morgan. She spent time with her kids, in laughter and love. She was very involved with them in the local library and homeschool groups. She was active in her church, Glade Church UCC, in Blacksburg VA., where she was a member of the choir. She will be greatly missed by her church family and many friends

Sheryl Miller is predeceased by her parents, J. Howard Miller and June S. Miller of Dothan, and by her older brother Tommy. She is survived by three brothers and one sister: Douglas Miller of Hickory NC, Kenneth Miller of Rehobeth AL, Larry Miller of Auburn AL, and Karen Rieger of Columbia MD; eight nephews and nieces and numerous friends. She has received special loving support and help by her dear friend Denise Latham and by her godchildren, Thomas and Morgan Edmonds. They have been there whenever she needed them for love and encouragement.

There will be a memorial service at her church in Blacksburg VA at a later date. To sign Sheryl’s online guestbook, visit www.bowerfuneralhome.com – Bower Funeral Homes, Pulaski is handling the arrangements for the family