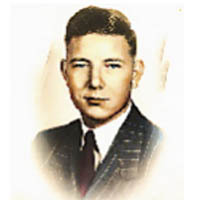 He was also preceded in death by his two sons, Leslie Curtis and Robert Berle “Bobby” Miles; brothers, Clarence V. Jr. and Winifred W. Miles; and a sister, Louise Price.

Bob was dedicated husband, father, uncle and friend. He was owner/operator of R&M Electric Company for many years. He served as Scout Master of Boy Scout Troop 145 from 1966 to 1977 and their Charter Representative from 1986 to 1988. He also was a Charter Representative of Cub Scout Pack 141 from 1986 to 1990. Bob was an avid bowler and was inducted into the New River Valley Bowling Association Hall of Fame in 2009. He never met a stranger and was always willing to help someone in need.

The Miles family is being served by Horne Funeral Service. Online condolences may be sent to www.hornefuneralservice.com.