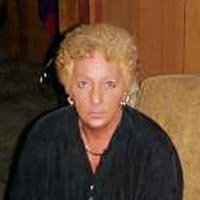 Judy Meredith, 74, of Narrows, departed this life Thursday evening, August 25, 2016 in the care of her family. Born on March 5, 1942 at Narrows, Virginia. she was a daughter of the late James Lee and Mary Edith Crabtree Johnston.

She was preceded in death by her parents, two children, Tammy Meredith Quesenberry and Johnny R. Meredith, Jr. and her brother, Jimmy Lee Johnston, Jr.

Judy was employed as a Manager at Hardee’s and retired from Virginia Tech.

Memorial services will be conducted Tuesday, August 30, 2016 at 6:00pm at the Pearisburg Christ Fellowship with Pastor Phil Vickers officiating. Online condolences may be sent by visiting kendallfuneralhome.com.