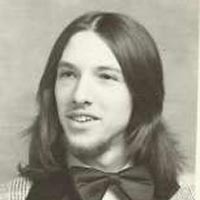 Johnny Ruben Meredith, Jr., 54, of Narrows, departed this life Friday afternoon, November 21, 2014, at Giles Community Hospital in Pearisburg after a long illness. Born in Pearisburg, on May 31, 1960, he was a son of John Sr. and Judy Johnston Meredith of Narrows.

Funeral services will be conducted Monday at 1 pm at Pearisburg Christ Fellowship with Pastors David Bracken, Greg Cox and Phil Vickers as ministers. The family will receive friends at the church one hour before the services. The Kendall Funeral Home in Pembroke is in charge of the arrangements. Online condolences may be sent by visiting kendallfuneralhome.com.