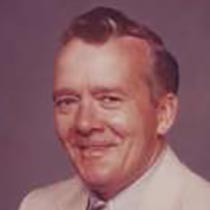 Born at Hoges Chapel in Giles County on June 30, 1937 he was a son of the late Lacy Snow and Ocie Ola Woods Meredith. He was a retired skilled tile setter and was a member of Harbor of Hope Pentecostal Holiness Church in Christiansburg. He was preceded in death by his parents, a grandson Ryan David Wallace, three sister and five brothers.

Funeral services will be conducted Tuesday evening at 7:00 pm in the Kendall Funeral Home, 605 Snidow St., Pembroke. The family will receive friends at the funeral home from five until seven pm before the services.