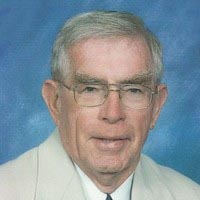 Robert Raymond Young, 83, of Radford, Virginia died March 17, 2020. Bob Young grew up in Marion, VA and graduated from Marion Senior High School in 1953, where he participated in athletics and was an outstanding student. Bob attended Emory & Henry College to pursue his passion for teaching and graduated in 1957 with a degree in History.

He served in the United States Military in Korea until 1960. In the fall of 1960, he began his teaching and coaching career at Dublin High School, where he taught history and coached football and baseball. He loved his time at Dublin, the students he taught, and those he worked alongside.

In 1961, he married Nancy Hamilton, and they were parents to Michael (Margaret), Blacksburg, VA and David (Amy), Cloverdale, VA, and grandparents to five grandchildren: Margaret Cooper, Robert Davis, Kelsea Alexandra , Lauren Elizabeth, and Hunter David. In 1974, he began his tenure with the Radford City School System, first as an administrator and then as the Principal of Dalton Intermediate School, which he opened in 1979.

Shortly after retiring as principal in 1999, he taught history at New River Community College until he retired completely from education. Among many highlights in his professional life, teaching at NRCC was a cherished time. He loved being back in the classroom sharing with friends and family that these were some of his best and most capable students. One of his continued passions throughout his professional career was his love of officiating high school football, where he made friends in almost every hamlet of his beloved Southwest, Virginia. In 1996, he met his life partner, Barbara Houston, and they enjoyed 23 years of travel, literature, sports, and an abundance of friends. Bob had an incredible life and will be missed greatly.

The family would like to extend a sincere thank you to all of the doctors, nurses and health care professionals who were so kind to him over the past few months, as well as the many friends who provided such an outpouring of love and support. In addition to Barbara and his children, Bob is also survived by his sister, Joann Lineburg of Radford, her husband Norman Lineburg, and their sons, Robert Lineburg of Radford, VA; Mark Lineburg of South Boston, VA; Paul Lineburg of Roanoke, VA; and Wayne Lineburg of Winston-Salem, NC.

In lieu of flowers, the family would appreciate contributions to New River Community College or Emory & Henry College.

A memorial service with full military honors will be held at 11 a.m. on Saturday, August 14, 2021 at the Mullins Funeral Home in Radford. Per the family’s request, please wear a mask.

The Young family is in the care of Mullins Funeral Home & Crematory in Radford, Virginia. www.mullinsfuneralhome.com