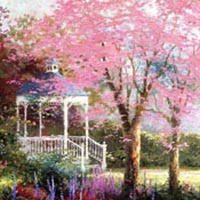 Barbara Carter Melvin, age 69 of Dublin passed away Monday, October 13, 2014 at her home. Born October 26, 1944 in Dublin, she was the daughter of the late Glenn Mark Carter and Maude Page Carter. She was preceded in death by her husband, Donald Wayne Melvin.

Memorial services will be held at later date.

To sign the online guestbook, visit www.bowerfuneralhome.com Bower Funeral Home, Pulaski is handling the arrangements for the family.