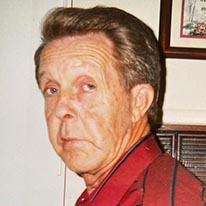 Thomas Eugene Meadows, 75, of Rich Creek, VA, formerly of Elkton, MD went to be with the Lord Saturday, August 7, 2021, at his home. Thomas was born on July 26, 1946, in Hinton, WV and was a son of the late Eugene Dowl Meadows and Mary Ellen Willey Meadows. Besides his parents, he was preceded in death by two sisters, Ethel Mae Meadows Davis and Mary Christine Meadows Chadwick.

Graveside funeral services will be conducted Tuesday, August 10, 2021, at 11am at the North East United Methodist Cemetery in North East, MD with the Rev Chuck Leavering officiating.