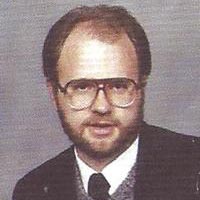 A graduate of Auburn High School, he received a bachelor’s degree from James Madison University in Communications. Dan worked a variety of jobs during his time, but the work he was most proud of was his time as a sportswriter for various newspapers. Dan loved sports, watching the Tour de France, Civil War history, classic rock, and studying the Bible.

The family would like to express its gratitude to Good Samaritan Hospice for their wonderful support and care during Dan’s final days.

A private family service will be held.