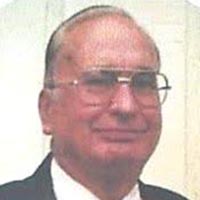 He attended Washington Bible College in Washington, DC and graduated in 1960 with a B.A. in Biblical Education. He then attended Grace Theological Seminary in Winona Lake, Indiana. He faithfully preached and pastored churches in Indiana, Maryland, Virginia, North Carolina and Florida.

He was a member of Auburn Baptist Church in Riner, VA.

Funeral services will be held at 2:00 pm on Saturday, August 16, 2014 at New Hope Baptist Church in Blue Ridge with Rev. David McNeill officiating. Interment will follow in Old Dominion Memorial Gardens. The family will receive friends on Friday, August 15, 2014 from 6 t0 8 pm at Lotz Funeral Home in Vinton.

Online condolences may be made at www.lotzfuneralhomevinton.com