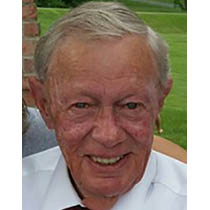 Alvin DeHart McNeil, age 80, of Pilot, VA, went to be with the Lord while surrounded by his loving family on Sept. 8. He was born on April 19, 1937, to the late Everett and Nora McNeil.

He and Betty lived in their home in Pilot, VA where they raised their four daughters. He was a devoted member of Abundant Life Fellowship for 41 years where he showed his love for Christ by volunteering his services. He made a living for his family working 23 years at Volvo. Alvin’s passions included woodworking, gardening, watching sports (especially Virginia Tech), hunting and spending time with his grandchildren and other family members.