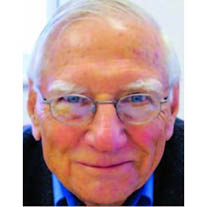 Harold McNair, PhD, died peacefully at his home in Blacksburg, Virginia on Sunday, June 27, 2021. Born in the small copper mining town of Miami, Arizona in 1933, he was the son of Joseph Edward McNair and Helen Wilhelmina Ericks.

After several years in the private sector, Harold and Marijke settled in Blacksburg in 1968 where he took an associate professor position with the Chemistry Department at Virginia Tech. His research interests were gas chromatography, liquid chromatography, and ultra-trace analysis of organic compounds in air, soil, water, and food. He was widely recognized as a leading expert on the detection and identification of bomb residue. Harold actively consulted for many industries as well as for the EPA, FDA, FBI, and TSA.

When he retired in 2002, Harold had served as department chair, published eight books, 150 technical papers, directed the thesis work of more than 60 graduate students, and supervised over 50 post-doctoral fellows and visiting professors. His book, Basic Gas Chromatography, first published in 1964 is still in publication today.

Harold received numerous national and international awards for both teaching and research. He received the Lifetime Achievement Award from LC/GC Magazine in 2009 and was named a Fellow of the American Chemical Society in 2017.

He enjoyed traveling, American history, watching football and basketball games, and helping people with their analytical chemistry challenges. He was an enthusiastic tennis player well into his 80s.

He is preceded in death by his wife of 55 years, Marijke Koopmans McNair, as well as brother, Edward, and is survived by his three children, Erik, Josh, and Saskia; and two grandchildren, Alexandra and Ian.

Friends are in invited to gather at 12 p.m. on Monday, July 5, 2021 for a reception at the Warm Hearth Village Center.

In lieu of flowers, please consider a charitable donation to Beans and Rice, Inc. (www.beansandrice.org)