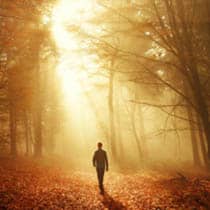 On July 3, 2021, Ricky Joe McMahan was welcomed to the loving arms of his heavenly father and family that went before him. He died peacefully at his Roanoke home surrounded by his family. He was born on December 29, 1957 in Radford, VA.

As a child, Ricky attended Northside Presbyterian Church where he played on the softball team with his father. After moving to Michigan, Ricky worked as a supervisor for Quality Glass for many years. Throughout his life, he was an avid Virginia Tech and Notre Dame fan. One of the highlights of his life was working as an usher at the Notre Dame football games.

Ricky has a great love of God, his family, and his friends. While he was confined to bed for many years, he prayed for the ones he loved. During his last week, he often expressed his worry for his friend who had recently lost his wife. He always thought of others more than himself. He amazed everyone who knew him with his wonderful sense of humor that remained with him to the very end of his life. His attitude during his long illness was an inspiration to all who had the honor of knowing him. He leaves a void in the hearts of many, but also a happiness that he is finally free of his earthly body that constrained him. He will always be loved but never ever forgotten.

The family would like to express their appreciation to the special neighbors for many years of good food, care, and friendship. Ricky, we rejoice that you are finally able to walk again. Walk proudly through heaven for you have earned your wings.

Visitation will be held at 1:00 pm followed by the service at 2:00 pm on Wednesday, July 7th at McCoy Funeral Home. The graveside service will immediately follow at Roselawn Cemetery.