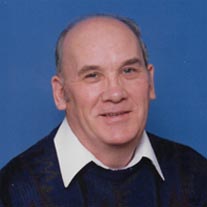 He is also preceded in death by his daughter, Lisa Gail and very special granddaughter, Laura Elizabeth Barker. Raymond was a husband, father, stepdad, poppy, pawpaw and paw.

Funeral services will be conducted Friday, January 15, 2016 at 2:00 pm in the McCoy Funeral Home Chapel. Interment will follow in the Westview Cemetery, Blacksburg.

The family will receive friends from 1 to 2:00 pm Friday afternoon prior to the service at the McCoy Funeral Home 150 Country Club Dr. SW, Blacksburg.