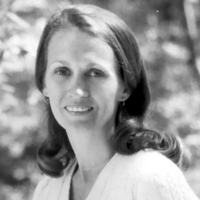 Kay (Katherine) Branch McKenzie, devoted and cherished wife, mother, grandmother and great-grandmother whose trailblazing professional achievements, political activism and spirited commitment to causes close to her heart passed away peacefully at the age of 85 on February 22, 2012 at the home of her son, surrounded by loving family and her devoted and kind caregiver, Christie Davis. She is predeceased by her loving husband of 51 years, Harold C. McKenzie, Jr., and her parents, Kitty and Harllee Branch.

A native of Atlanta, born on February 12, 1936, Kay was raised in Buckhead where she grew up as the only girl among three brothers during a time of transition for the city and for a woman’s role in business and politics. Her adventurous nature, old school standards and genuine southern grace made her a woman for all times and she was admired as a pioneer and role model in more than one arena.

She was the first registered female lobbyist in the State of Georgia. Her interests and commitment to volunteer efforts included work with Sheltering Arms Daycare; Friends of the Chattahoochee River from its fledgling years to prominence; and hands-on support in the campaigns of many successful elected officials including the first mayoral campaign of the late Maynard Jackson, Atlanta’s first African-American elected to the office, as well as the successful campaigns of the late U.S. Congressman John Lewis and of President Jimmy Carter.

In 1981 she launched McKenzie and Associates, a public relations firm that became one of the city’s leading locally owned agencies. After selling that agency, she became Senior Vice President of another leading public relations firm before taking on what she felt to be her most meaningful professional work-orchestrating communications and creative services for the 1996 Atlanta Paralympic Games. She later served as Vice President of communications for BlazeSports, the Paralympic Games’ legacy organization which established sports programs for the physically disabled in 25 states. Among her many professional affiliations she was a member of the International Business Fellows, and with her husband she enjoyed many years playing golf at the Piedmont Driving Club, where they were lifetime members.

After living in Buckhead all their lives, in 2006, Kay and her husband moved to Marietta to be with family, and where they attended St. James Episcopal Church. In 2013, due to illness, she moved to Winston Salem with her daughter, Katherine McKenzie Stegall and grandchildren, Katie and Beau, to be close to her daughter, Ansley McKenzie Browning and family. This past year she and Katherine moved to Blacksburg, Virginia to live with her son, Harold and his wife, Cindi.

Despite her varied interests and commitments, devotion to family remained Kay’s priority. Her three children remember their mother as a fun-loving, adoring, hands-on parent and grandparent who delighted in their youthful escapades.

The family would like to thank the employees of Interim Healthcare and Heartland Hospice for their dedication, kindness, and support.

A memorial service will be scheduled for a later date, and interment will also take place at St. James Episcopal Church in Marietta, GA in the future. If you wish to make a donation in Kay’s honor, please consider a hospice of your choice.

The McKenzie family is in the care of Mullins Funeral Home & Crematory in Radford, Virginia. www.mullinsfuneralhome.com