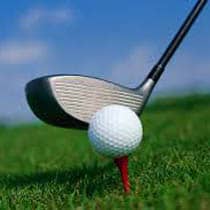 Michael John McGinty, age 69, beloved son and brother, passed away on February 6, 2021, at his home in Blacksburg, Va. Michael was born on February 16, 1951, in New Orleans, La., to Catherine Chidester McGinty and John Theisman McGinty.

He graduated from Mandeville High School in Louisiana and attended Southeastern Louisiana University. Growing up, Michael developed a love for the outdoors early on. He had great respect for nature and enjoyed sailing, hiking, and other outdoor activities. Golf was, far and away, his passion. As an accomplished golfer, he earned numerous awards and championships throughout his life. Michael ran his own golfing business at one point in his working career, combining his passion for sports with his work life. Michael was very gregarious and developed countless friendships along the way.

Michael had a great love for animals owning dogs for most of his adult life. He had a keen sense in training them, and they were loyal companions.

Most of all, Michael cherished his family and was a loving brother and son. He had a kind and cheerful heart and will be greatly missed.

He is preceded in death by his parents and brothers, Brian J. McGinty and John C. McGinty. He is survived by sisters, Patricia A. Jewett (William) and Kathleen A. Stith (Reg), and brother, Ronald J. McGinty (Diane), and nephews and nieces. Arrangements are currently being made for the Funeral Mass at the Lake Lawn Funeral Home, New Orleans, La, followed by entombment in the family tomb at the Metairie Cemetery, New Orleans, La.