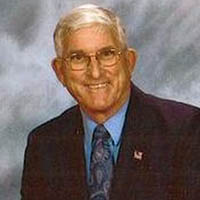 Raymond was a member of the First United Methodist Church in Rich Creek, VA. Throughout his life, he worked at Adair-Hutton in Lexington, VA, Poly-Scientific in Blacksburg, VA, Coburns Department Store in Narrows, VA, the Narrows Livestock Market, and as a Teller for First Virginia and BB&T banks. After retiring, Raymond worked at Broyles-Shrewsbury Funeral Home in Peterstown, WV, for 18 years. He was a Life Member of the VFW Auxiliary National Organization, a member of the Cure Chasers Relay for Life Team, and was well known for the delicious cakes that he would bake. Raymond was a beloved brother, uncle, and friend who will be missed by all that knew him.

In addition to his parents, he was preceded in death by three brothers, Howard, Doug, and Tommy McDaniel; and one sister, Florence. Survivors include two brothers, Leonard McDaniel and wife Shirley, and Harold McDaniel and girlfriend Patricia, all of Narrows, VA; three sisters, Dorothy Bell of Salem, VA, Faye Reynolds and husband Roger of Pearisburg, VA, and Donna Milstead and husband Jerry of Salem, VA; several special nieces and nephews; and many friends.

Funeral services will be held at 12:00 PM on Saturday, March 30, 2019, at the Broyles-Shrewsbury Funeral Home Chapel in Peterstown, WV, with Barry Harper and Rev. Aubrey Whitlow officiating. Burial will follow at Karnes Cemetery in Peterstown, WV. Visitation will be held from 5:00 PM until 8:00 PM on Friday, March 29, 2019, at the funeral home. Online guestbook can be signed or condolences may be sent to the family at www.broyles-shrewsbury.com. Arrangements by Broyles-Shrewsbury Funeral Home, Peterstown, WV.