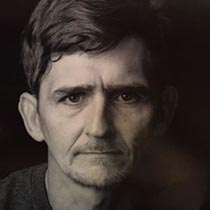 Michael Anthony McDaniel, of Pulaski County, passed away peacefully on December 12, 2016 at his home after a battle with cancer.

Visitation will be held Thursday, December 15, 2016 from 6 to 8 p.m and the funeral will be held on Friday, December 16, 2016 at 2 p.m. officiated by the Rev. Aaron Mansfield. Both at Stevens Funeral Home in Pulaski, VA. Burial will be in Thornspring United Methodist Church Cemetery, Pulaski County.