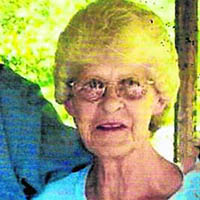 The family would like to extend a special thank you to Sherry Keith of Hospice, Pastor Rusty Mullins, Pastor Everett Sheppard, Pastor Keith Graves, and special family friend, Michael Millirons.

Funeral services will be conducted Sunday, June 8, 2014 at 2 p.m. in the McCoy Funeral Home Chapel with the Pastor Keith Graves and Mr. Michael Millirons officiating. Interment will follow in the Dudley Cemetery. The family will receive friends from 5 to 7 p.m. Saturday evening at the McCoy Funeral Home 150 Country Club Dr. SW, Blacksburg.