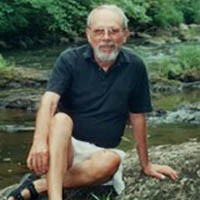 Guy David McDaniel, 79, of Floyd, passed away at his home and went to be with the Lord on August 12th 2020. Born March 28th 1941 in Covington, he was the son of the late Guy and Hattie McDaniel. Preceded in death by his brothers Larry and John McDaniel and his late wife of 37 years Faye McDaniel.

David was a Vietnam era veteran of the U.S. Army, owned Elliston Food Mart for 20 years and was an avid golfer, traveling and teaching others his gift. David was a kind and gentle soul who was loved by many and was known for his witty sense of humor. David loved his family and friends and often reminisced about his childhood.

If you choose to come to the services you wear a face mask inside of the facilities due to COVID-19.