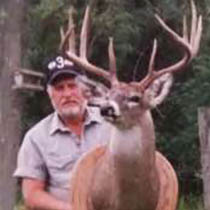 Ronnie Wayne McCormick, 69, OF Northside Road, Newport, departed this life Sunday afternoon, November 6, 2016 at Lewis-Gale Montgomery Hospital in Blacksburg. Born in Waiteville, W.Va. on January 23, 1947 he was a son of the late Edward and Mattie Surface McCormick. He was a 1967 graduate of Giles High School and was retired from the boiler house at Virginia Tech in Blacksburg.

He was preceded in death by his parents; his brothers, Elzie McCormick and Jimmy McCormick; and his sisters, Nancy Martin and Sarita Steele.

In keeping with Ronnie’s request there will be no public viewing or services. The Kendall Funeral Home in Pembroke is in charge of the arrangements. Online condolences may be sent by visiting kendallfuneralhome.com.