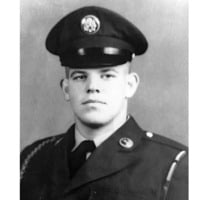 John David McClaugherty Sr., Cherished Father, Grandfather, Brother, Military Veteran and friend to many who had the joy of knowing him, went home to be with our Lord and Savior, Jesus Christ, on Saturday, January 29, 2022.

He leaves behind a legacy of love, and lived with a fortitude and perseverance where lesser men would shrink. He was also known to have a great sense of humor that would crack even the most humorless. He was as tough as nails, and was the rare type that would put himself in harm’s way to protect another.

He possessed a strong sense of morality, many practical life and trade skills, and good old fashioned common sense. He loved to play golf with his son & friends and participated in many weekly tournaments. He was a dependable man whose word was his bond.

John was born November 22, 1943 in Rich Creek, VA, to the late John Monroe and Euna McClaugherty. He joined the United States Army as a young man and served valiantly overseas, stationed in Korea. Upon returning, he married his beloved sweetheart, Judy, (also dearly missed) and is survived by their two children, son John Jr. and his wife Melodie, and daughter Samantha and her husband John Elliott Woltz, Jr. He is also survived by his brothers, Dale, Dennis, James and Mike McClaugherty as well as four grandchildren. He is preceded in death by his sister, Clydis Neely and brother, Darius McClaugherty.

His presence is sorely missed by all who knew him.

A memorial service will be held in the Spring in Peterstown, WV. In lieu of flowers, donations may be made to the American Heart Association.