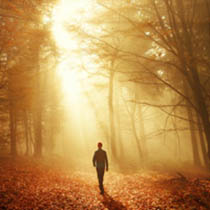 Richard Norvell Martin, age 52 of Pulaski and originally from Draper left this world to be with his Heavenly Father on Sunday, February 2, 2020 at Carilion Roanoke Memorial Hospital. Born on July 4, 1967. Richard was preceded in death by his dad, Thomas Leon Martin and a special uncle, Claude “Mac” Arnold of Barren Springs.

Richard graduated Pulaski County High School Class of 1986 where he ran cross country and made a lifelong friend in Coach David Wright. Upon graduation, he went to work at Xaloy where he gave over 30 dedicated years until End Stage Renal Failure ended that service.

A Celebration of Richard’s Life will be held Friday, February 7th at 7 p.m. at Draper Valley Pentecostal Holiness Church with Pastors Mike Ingo, Rick Elliott and Brett McCleary officiating. Family and friends will gather beginning at 5 p.m. to share good times, stories and memories until time of celebration.

The family will be receiving friends at other times at the home of his mother at 2504 Forest Hill Drive, Draper.

The Martin family is in the care of Mullins Funeral Home and Crematory in Radford, www.mullinsfuneralhome.com