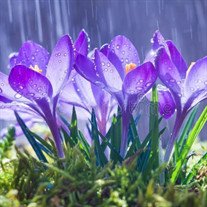 A graveside service will be held on Wednesday, January 26, 2022 at 11:00 a.m. at Roselawn Memorial Gardens, Christiansburg.