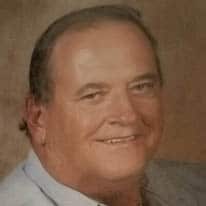 Larry Martin, 74 of Narrows, VA went home to be with the Lord on Tuesday, February 1, 2022. Larry was retired from Radford Electric Department. He was a member of the Pearisburg Moose Lodge.

Born on July 4, 1947, he was the son of the late Davide Ernest Martin and Mollie O’Brien Martin. In addition to his parents, he was preceded in death by his loving daughter, Trina Martin; an infant son, Aaron Keith Martin; a brother, David Martin; and an infant brother, James Martin.

Left to cherish his memory to their hearts are his loving wife, Sheila Lambert Martin; his daughters, Dana Martin (Brian) and April Williams (Jamie); mother and father-in-laws, Phyllis and Charles Rhodes; father-in-law, Eugene “Rawhide” Lambert; grandchildren, Daniel Williams (Ruby), Kaylyn Williams (Zach), Hayley Thompson (Dawson), Braylyn Minnick, and Xander Williams; great-grandchildren, Ryker Williams and Reya Harris; a special nephew, Randy Martin; so many special cousins who were as his own brothers and sisters; his best friends, Jerry Blankenship, Neil Blankenship, Steve Tenpenny, and Terry Simpkins; and so many special friends that were his family at heart.

Larry will be cremated per his wishes. There will be a memorial service held to celebrate his life, Friday, February 4, 2022 at 2:00 PM in Bethel Chapel in the Clendennin Community. Family will receive friends at the church on Friday February 4, 2022 from 1:00 PM until 2:00 PM. A guestbook is available to send condolences by visiting www.kendallfuneralhome.com. The staff of Kendall Funeral Home are honored to be serving the Martin Family.