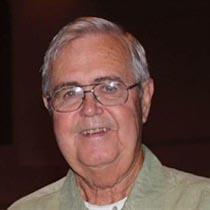 Mr. Martin was born into the Methodist faith to William Earl and Virginia Day Martin on November 26, 1938 in Pearisburg, VA. He earned a Bachelor’s degree in Chemical Engineering in 1961 and a Master’s in Business Administration in 1971, both from Virginia Tech. Mr. Martin began his career in Virginia, but eventually relocated to Marietta, GA with his family where he worked as a Beverage Base Plant Manager at Coca-Cola. He retired from Coca-Cola at the young age of 55.

In his spare time, Nick, or Gick, as he was known by his family, enjoyed traveling with his wife and friends, golfing at Big Canoe, cheering on the Virginia Tech Hokies, and spending time with his kids and grandkids.

A memorial service to celebrate the life of William Earl Martin Jr. (Nick) will be held, Saturday, February 17, 2018 at 11am at the Givens Funeral Chapel in Pearisburg, VA. with the Rev. Dr. Fred L. Austin officiating. In lieu of flowers, donations may be made to Wellstar Tranquility at Kennesaw Mountain. Online condolances can be sent to the family at givensfuneralhome.com.