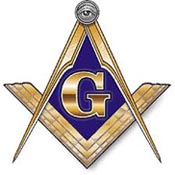 John Edgar Martin, Jr., 77, of Radford, passed away Wednesday, December 22, 2010. He was a member of Christ Lutheran Church and a retired truck driver. He served in the U. S. Air Force and was a member of Henry Clay Masonic Lodge #280 AF & AM.

Cryptside services will be held Monday, December 27, 2010 at 1:00 PM at the Highland Memory Gardens Mausoleum in Dublin with Rev. Wayne Poston officiating. Members of Henry Clay Masonic Lodge #280 A.F. & A.M. will conduct graveside rites. The family will receive friends from 4:00 PM until 6:00 PM Sunday evening at the Mullins Funeral Home in Radford.

The Martin family is in the care of Mullins Funeral Home in Radford.