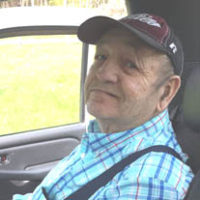 Jerry Maxwell (Dee) Martin, 81, of Narrows, went home to be with the Lord on Wednesday, June 24, 2015, at Heritage Hall in Rich Creek. A lifelong resident of Giles County, Dee was born on June 15, 1934, and was the son of the late Eldridge Richard and Lillian Frazier Martin.

Dee was an employee of L&M Tannery of Pearisburg, and Norfolk Southern Railroad until his retirement. He loved gardening, practically plowing nearly every garden in Narrows. A former member of the New River Rebels baseball team, Dee also enjoyed fast-pitch softball, winning a state championship in the 1960s. An avid outdoorsman, he enjoyed fishing and hunting.

The family is being served by Riffe’s Funeral Service in Narrows, Va., 540-726-2442, and online at www.riffefuneralservice.com.